Mike Holt has been sailing 505s for 30 years and competing in World Championships for more than 20. After knocking on the door of victory a number of times, it finally came good for the Essex boy at the Worlds in Kiel. Despite having USA on his sail and being a resident of Santa Cruz in California for the past 20 years, Essex can claim the victory as theirs. Mike’s estuary accent has remained utterly intact through his whole time living in California, where he first went to compete at the Five-Oh Worlds in 1992. Mike met a local girl and started a long-distance relationship before getting marrying Annette less than a year later. He has lived in Santa Cruz ever since, where he gets to sail the 505 in consistently strong and warm winds, with big Pacific waves to surf down. Idyllic! No wonder Mike has never come back.

One of the most consistent performers in the fleet, Mike has twice finished runner-up at the Worlds, and on both occasions would have won if not for the two discards permitted in a full series of races. With his Santa Cruz background, strong winds have always been Mike’s strongest suit, but he decided he needed to work on his light to medium airs speed for Kiel in northern Germany. As it turned out, he needn’t have bothered because Kiel in mid-August delivered big breeze from start to finish. So much so that two days of the competition were lost, plus the 505 class has a compulsory lay day that can’t be used as a catch-up day when the competition gets off schedule. How silly is that? There was the ridiculous scenario of seeing the vast majority of the fleet wanting to go racing but finding their hands tied by their own over-restrictive class rules. Apparently this is not the first time this has happened. Hopefully the mood in Kiel was sufficiently strong for this rule to be changed once and for all, so that at least in the future there is the option to use the lay day as a spare race day.

Most of the 173 teams took advantage of the free beer from class sponsor SAP and enjoyed a big night out, safe in the knowledge that they could have a lie-in the following morning. Mike and his crew Rob Woelfel enjoyed their booze as much as everyone else, but the next morning Mike was up for a brisk run before going for a training session in the 505 with tuning partners Andy Smith and Tim Needham. The third party in the training group, Ian ‘Nelly’ Pinnell and last-minute stand-in crew Dave Shelton from the USA, were nowhere to be found in the drizzly boat park. So Mike and Rob hauled Nelly’s cover off his boat, hoisted his sails on the slipway, took a photo on a smart phone and sent it to Nelly, still recovering from the night before. “He’s coming sailing, he just doesn’t know it yet!” said Mike.

Nelly and Dave did eventually get out on the water and the three (primarily) British boats got some useful practice on a day when most were still nursing their sore heads from the night before. Their desire to get out sailing on a rainy, blustery rest day epitomises this tight-knit group’s approach to their 505 sailing. Professional, with purpose, but still fun. The German fleet is by far the strongest in the 505 world right now, with Germans taking the top three places at the 2013 Worlds in Barbados. There was every reason to believe that the same could happen on home waters but strangely the Germans had taken their foot off the gas. The defending champions Claas Lehmann and Leon Oehme had barely set foot in a 505 since Barbados, and the five-time World Champion Wolfgang Hunger had not managed much practice time with his crew Julien Kleiner, although they had dominated the recent German Nationals.

Hunger went into the Worlds as many people’s favourite but in racing he just didn’t look quite as sharp as he can be. Before becoming top dog in the 505, Hunger was one of the world’s best 470 racers with three world titles to his name, arguably the best 470 sailor never to have won a medal at the Olympics. Even when Hunger is slightly below par, however, you need to be at the top of your game. While Nelly is a professional, being one half of Pinnell & Bax, the rest of the training trio are all keen amateurs that take a very professional approach to their racing. Going into the final day of competition, Mike, Andy and Nelly all had a shot at winning the Worlds. As it transpired, Andy and Nelly didn’t have great final races but Mike won the final race by half a boatlength from the impressive young Aussies Pete Nicholas and Luke Payne, and won the World Championship after a quarter of century of trying.

Mike’s is a great story of persistence. His enthusiasm is infectious and his victory was hugely popular in the fleet. Nelly, among his many World, European and National Championship victories over the past 25 years, has won the 505 Worlds back in 2008. He is still showing the ability to do it again, while Andy Smith - already a Mirror and Fireball World Champion - will with crew Tim Needham one day take the 505 world title. They’re using British boats, with British masts and British sails. While GBR cannot claim strength in depth in the 505, we do have some Five-Oh sailors that are truly world class. 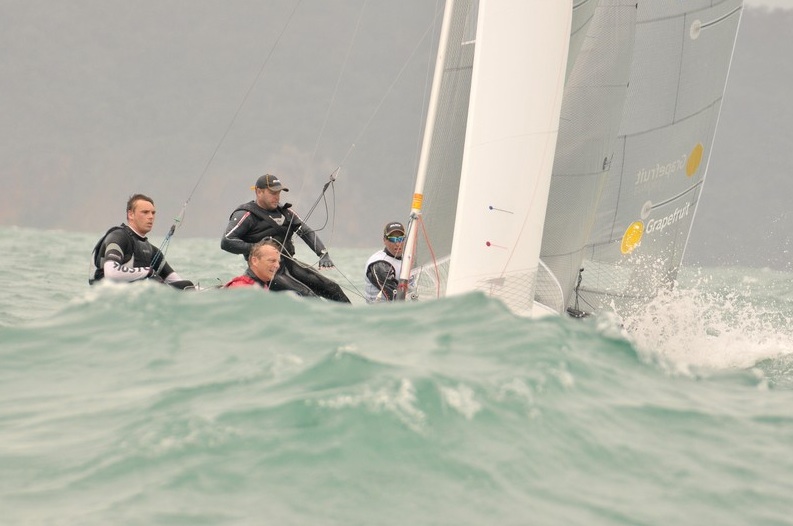 World Champion crew Julien Kleiner talks about sailing the 505 downwind on hot angles: "I think it's a lot of sailing the boat downwind with trimming with your body weight, the spinnaker and moving your body back and forth and in and out and having the right feel how the boat wants to go down the next wave...." 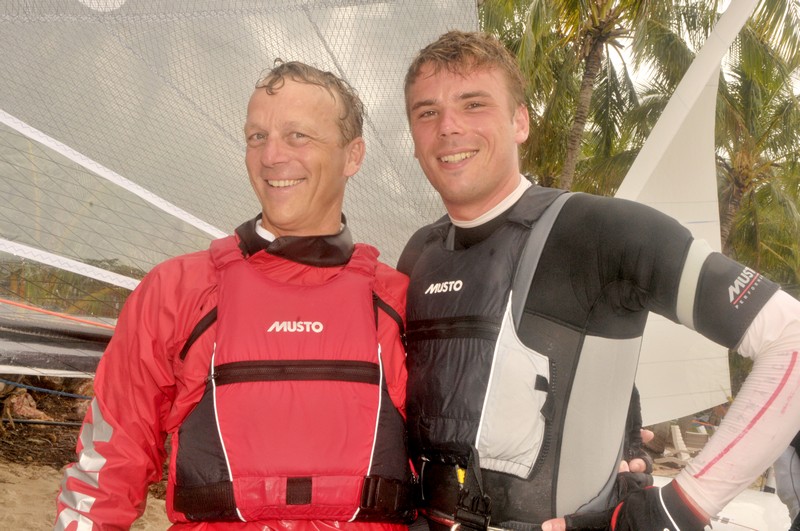 Julien Kleiner won his second 505 World title racing in Australia with Wolfgang Hunger. It was a controversial final race that decided the contest between the Germans and the USA team of Mike Holt and Carl Smit....
Read More

Julien Kleiner talks about what it’s like to sail with Wolfgang Hunger, the legendary multi world champion in the 505 and 470 classes. A doctor by profession, Hunger sees things that most sailors never notice...

Claas Lehmann and Leon Oehme lived the longest day of their sporting lives on Friday—and came away champions. With Lehmann steering and Oehme out on the trapeze wire, they went to the line of race nine of the 2013 SAP 5O5 World Championship as one of three teams with a chance at the title, all of them German, all of them veteran, one of them a five-time champion who would have been the house bet to win.

Mike Holt: Setting up a 505 for speed

Mike Holt gives a walk-thru of his worlds-winning 505 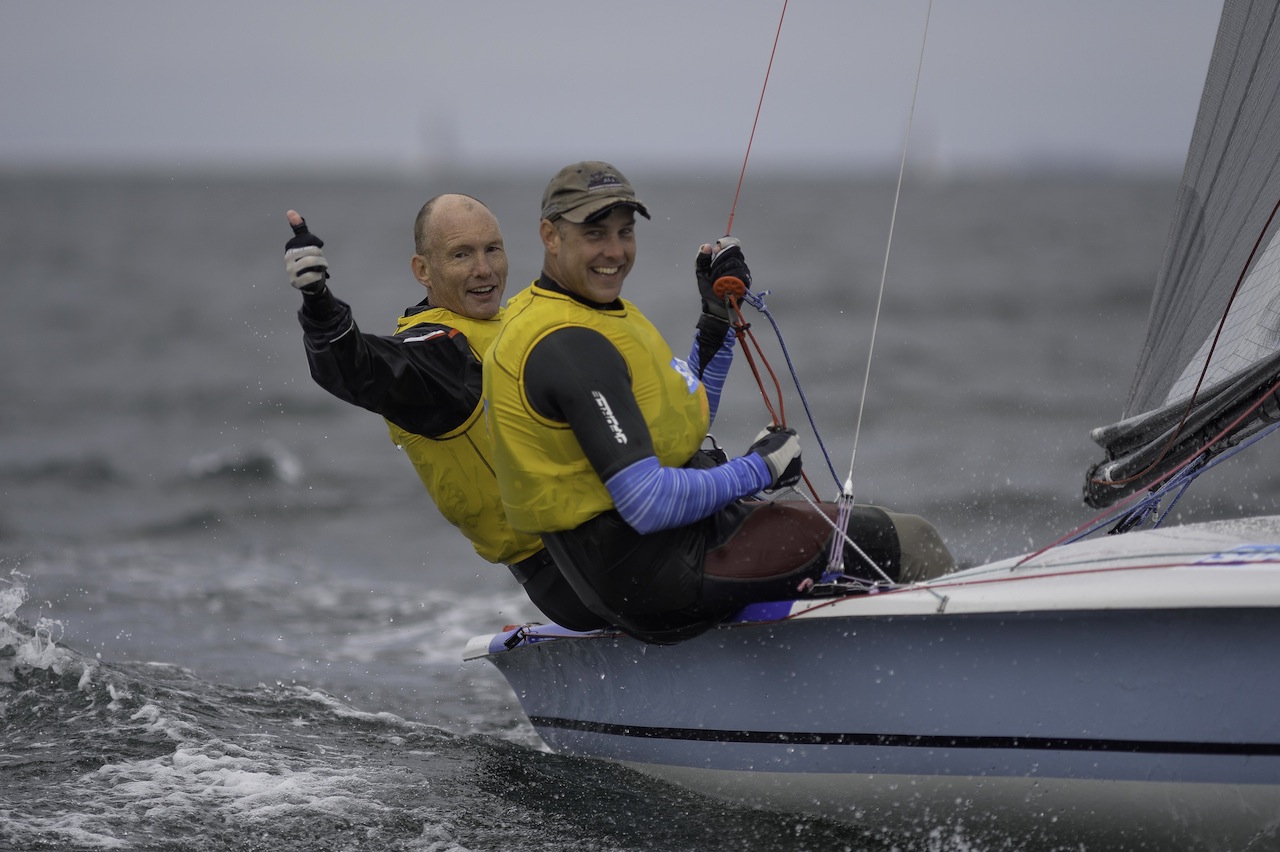 Mike Holt gives a walk-thru of his worlds-winning 505... 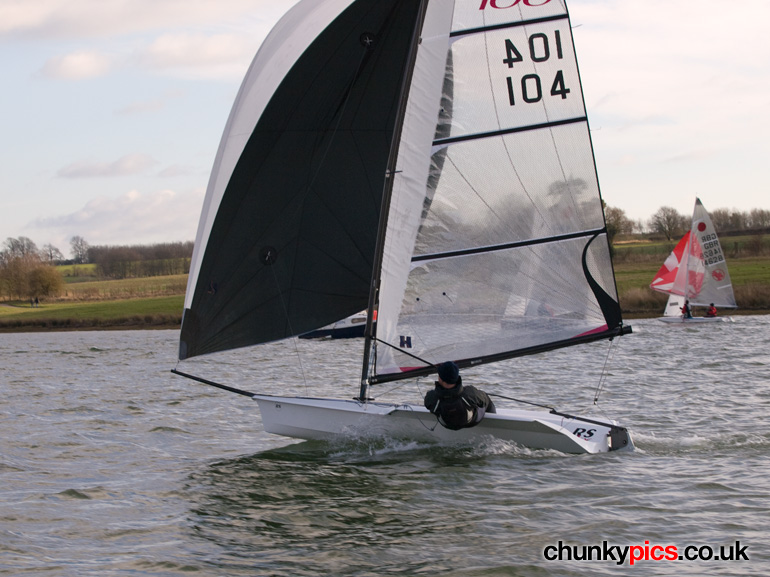