Is Nick Craig the best British dinghy racer ever? Well, fans of Ben Ainslie might have something to say about that. But after his seventh victory at the Endeavour Trophy, supported again by Topper Sailboats, Nick has to be considered one of the all-time greats. Not too shabby a performance by his crew, Alan Roberts, either. Alan finished a close runner-up to Nick two years ago when crewing for James Peters. Then last year Alan crewed Ben Saxton to a first-time victory at the Endeavour. To repeat the feat with a different helm, his former rival Nick, speaks volumes of Alan’s ability. A name we’ll hear a lot more about in the future.

Kudos to the Royal Corinthian Yacht Club for giving the Endeavour Trophy the attention it deserves. After a few years in the Doldrums, where you’d hardly know that the event had taken place, it has brought in former Yachts & Yachting scribe Sue Pelling to produce some great race reports, Adam Bowers to provide some pre-event coaching, and some great sponsorship from the likes of Topper. The event is back where it should be.

Nick and Alan raced in the Endeavour as representatives of the Merlin Rocket class. They teamed up earlier this year to do a limited but very focused campaign in the Merlin. Despite their short time sailing together, they emerged victorious from a tight four-way battle for the title at Tenby. Among their chief rivals were Ben and Roz McGrane, Roger Gilbert and James Stewart, and John Gorringe and Toby Lewis.

John is a perennial Merlin sailor and has finished runner-up at the Nationals on more than one occasion. Seizing the lead in the final race at Tenby, it looked like this was going to be his year..... until disaster struck during a gybe, when the kicking strap broke. John would have to wait another year. Despite being one of the heavier teams, Nick and Alan were displaying great downwind speed and moved into the lead, winning the last race, and the championship.

Nick’s ability to win championships in so many different classes puts him in a similar bracket to other multi-class winners like Geoff Carveth and Roger Gilbert. In fact, as Alan Roberts points out, Nick and Roger are almost the same person. They grew up a few miles from each other, learning to sail and race at Frensham Pond in Surrey. Both studied at Cambridge University, and both are fitness freaks. They are also both good enough at their jobs to have secured lots of unpaid time off work to pursue their amateur but professionally-run sailing careers.

The difference between Nick and Roger, however, is that Nick is also the father of young twins, Adam and Kate. Maintaining your winning ways in parenthood is tough, and the added demands of twins must make it more so. It reminded me of a comment Paul Brotherton when he was campaigning the 49er for the 2004 Olympics. “You can have a sailing career, a business, and family, but not all three at the same time.” Paul was talking about a full-time Olympic career, but it still made me think of how successfully Nick manages to juggle his time between these three priorities.

It’s a credit to his wife that Nick continues to win, even as the father of a young family. Not surprisingly, Emma was top of Nick’s thank-you list two years ago when he was crowned Pantaenius Yachtsman of the Year ahead of Ben Ainslie and Dee Caffari. With Geoff Carveth recently having become a father for the first time, it will be interesting to see if he can maintain his winning habit as successfully as Nick.

Impending fatherhood meant Geoff was a notable absentee from the Zhik SB20 World Championship in Hyeres, the Olympic regatta venue in the south of France. He has shown a remarkable knack for winning the SB20 Worlds under pressure, coming through just when it was needed on the final day to win an incredible three times - in 2008, 2011 and 2012. To win in Australia last year, Geoff edged out Rodion Luka, former 49er World Champion and Olympic silver medallist from Ukraine. In Hyeres this year, Rodion looked close to making amends for his defeat in Hamilton Island, although this time it was the 2009 World Champions Craig Burlton, Adam Heeley and Stephen ‘AB’ White who edged him out to take their second world title. As it happens, Craig learned his trade in asymmetric racing in the RS400, alongside Geoff, Roger and Nick. Dinghy sailors continue to prove that dinghy sailing is the best grounding for a successful career in keelboat racing.

Craig and Co’s victory in France was a really impressive performance by an amateur team who sail part time, in a SB20 fleet that is attracting an increasingly professional following year on year. Other notables in Hyeres were Jean-Baptiste Bernaz, French Laser representative at London 2012, and America’s Cup helmsman Seb Col. Incredibly for what has become such an international fleet, the SB20 World Championship has yet to be won by a non-British team. Ben Ainslie and our Olympic stars may well get the limelight, but Great Britain also has the greatest weekend warriors in the world. 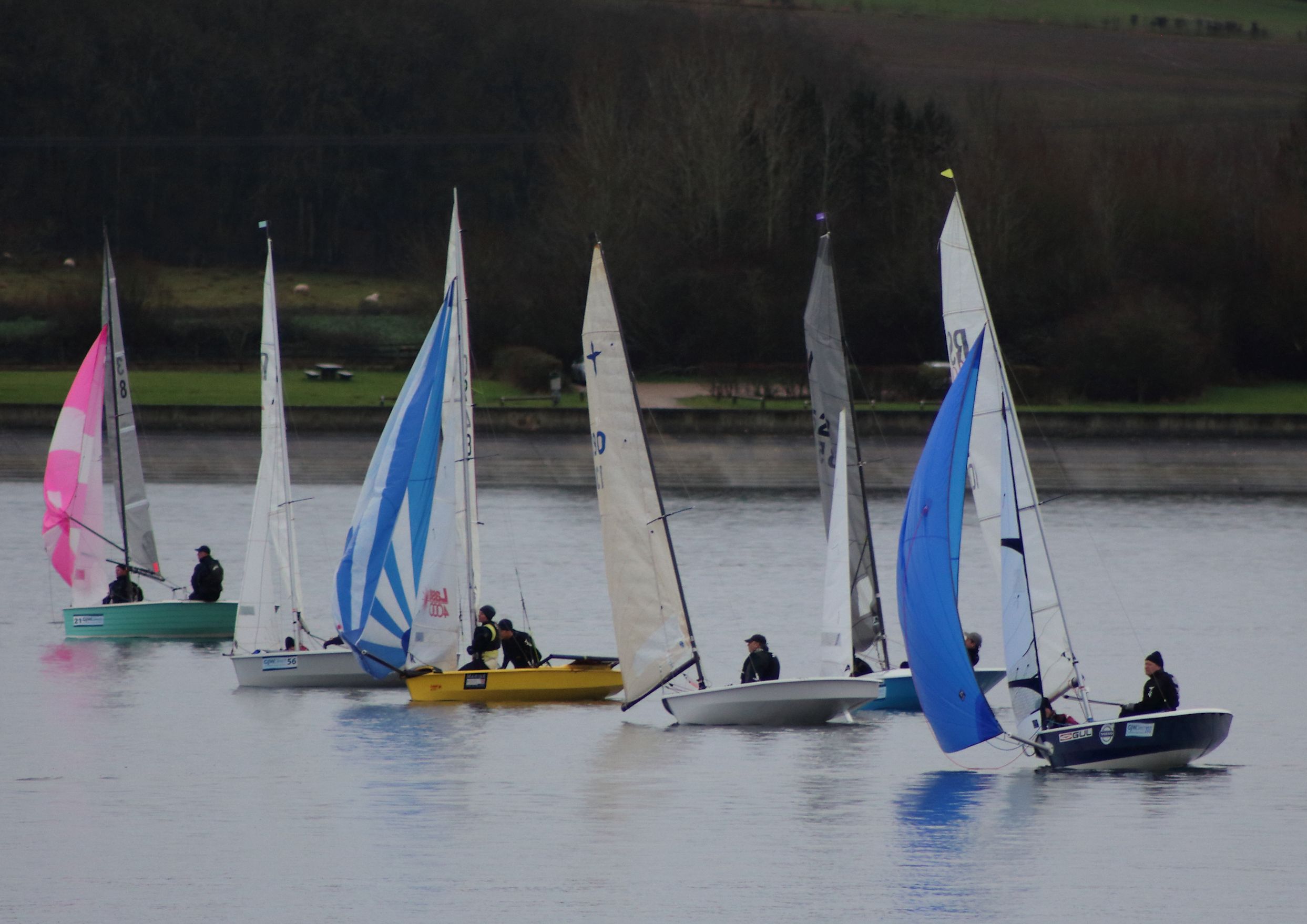 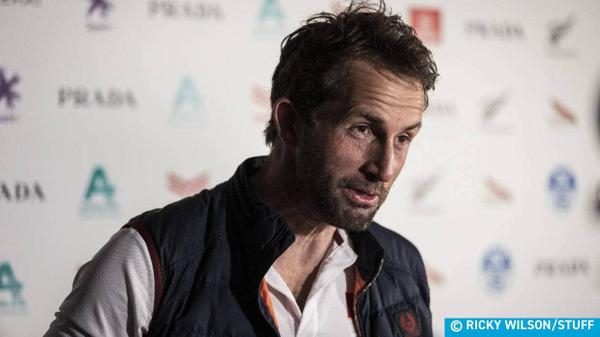 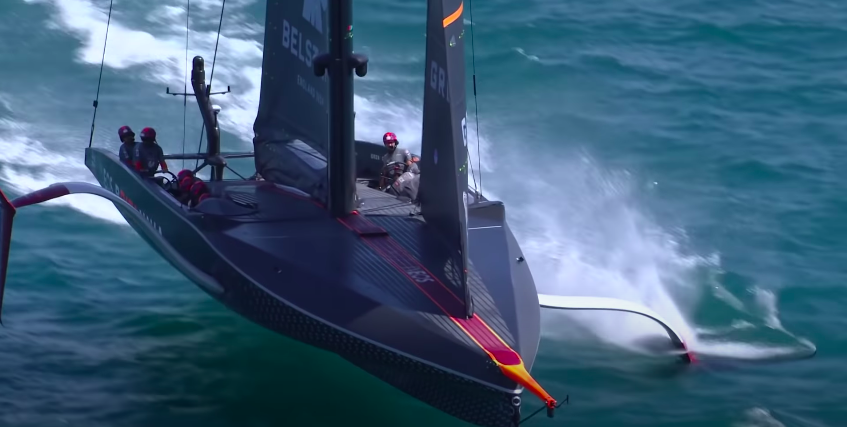 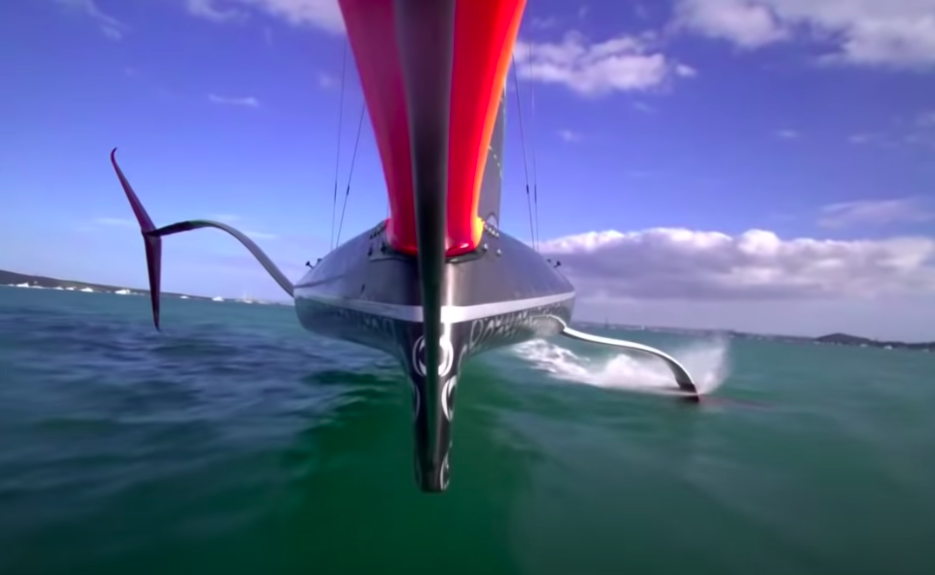