FROM THE COACH'S PERSPECTIVE

Scott Nixon sits down with Grant Spanhake and Leandro Spina of US Sailing ODP to discuss the coach’s perspective of pre-race routines.

Leandro Spina is from Argentina and now lives in Miami, FL. He is the Olympic Development Program Director at US Sailing. Leandro’s primary focus is preparing youth sailors in the US for Olympic competition and beyond. He won US Sailing’s 2018 Developmental Coach of the year for his efforts with the nation’s next generation of Olympic athletes. He currently coaches many high-end, competitive youth sailors and top Olympic athletes.

Grant Spanhake, or Fuzz as he is known, is from New Zealand and currently lives in Annapolis, Maryland. He has an extensive background in all levels of sailing. He started as a sailmaker, has sailed in four Whitbread/Volvo Ocean Races- as a trimmer, helmsman, and project manager, and competed in six America’s Cups as a sailor and coach. He has transitioned into coaching full time and has helped Olympic teams, as well as one design and owner-driver programs sail to victory. 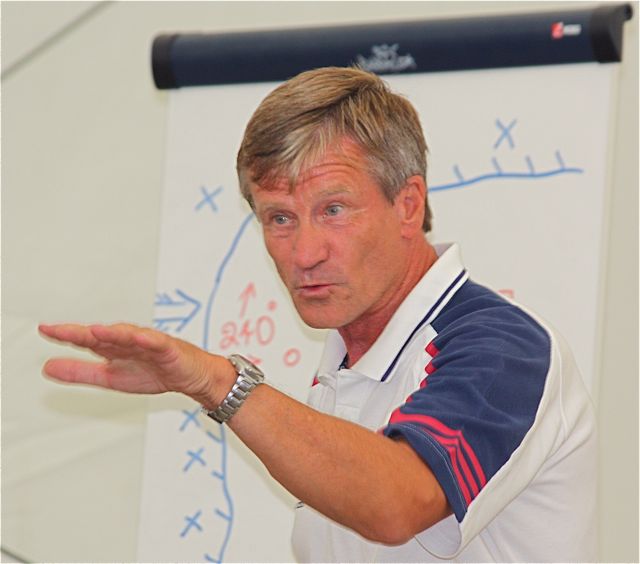 Eight Tips for getting the most out of Dock Talks 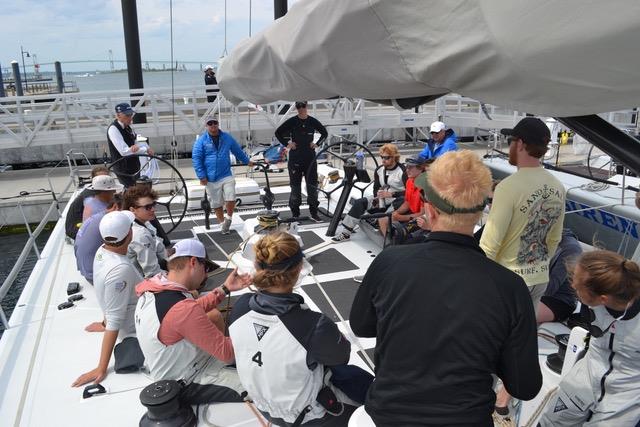 Dock talks are a great way to continually improve your racing–especially for multi-day regattas. The Quantum team often hosts dock talks at regattas it sponsors. Here, the team explains how to get the most out of them.

Scott Nixon talks through the common moves and decisions you need to make to get cleanly and quickly off the Start Line...

NAVIGATE THE WORLDS LIKE A PRO: MASTER THE TOP 5 CHALLENGES OF A MAJOR REGATTA

Reigning champion and Melges 24 class expert Chris Rast and Scott Nixon walks us through how to master the most common problems that teams face at major regattas...