Professional sailing teams love to measure stuff. If it can be calibrated, it will be calibrated. And so America's Cup teams will go through 200 or more keel bulb designs, and test hundreds if not thousands of hull shapes, sail shapes, mast configurations, deck layouts, and so on.

At the top level, all these different options amount to millions of dollars of research and development. And yet even a breakthrough discovery will yield just a few seconds of advantage around the race course. 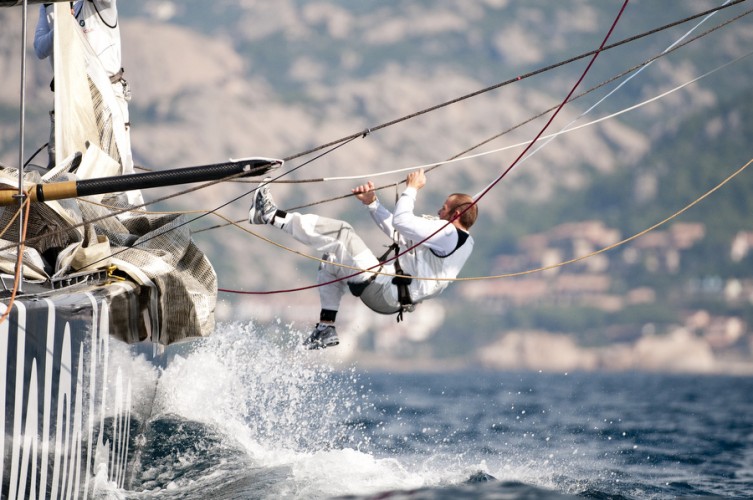 But what about the human element? Do sailing teams invest as much time and effort in perfecting the human technology on board the boat? In physical terms, they probably do. Some of the grinders on board America's Cup boats rank as some of the strongest, most powerful people anywhere in the world. But in mental terms, sailing still appears to have some way to go.

Team politics are rife in any team sport. It's almost unavoidable, indeed it's probably necessary. But if the politics gets out of hand, the team ceases to function. The most extreme example from the last Cup in 2007 was BMW Oracle Racing, with an estimated $200m spent on the campaign, but which imploded after a breakdown of trust between skipper Chris Dickson and the crew.

When you talk to members of other teams from Valencia 2007, they will tell you (off the record) that their boat was fast but that it was human issues that let them down, not a shortcoming in the technology.

This same blend of technology and team work is what determines success or failure on other big grand prix circuits, such as the TP52 Audi MedCup Circuit, which has become the pre-eminent inshore racing scene in the prolonged absence of the 33rd America's Cup. The difference here, though, is that every year the boats are becoming more and more similar, with boatspeed differences less and less marked. This forces a crew to focus more on other areas of the campaign, even on those ‘unmeasurables' such as how the team interracts when racing.

Terry Hutchinson is very focused on getting the on-board communication right when they're racing - and even when they're not. While from the outside the most obvious difference between Quantum Racing - which won the Audi MedCup Circuit and the World Championships last year - and the rest of the fleet is that they used Quantum sails and everyone else used North. But he believes the human factor was an equally important part of their success, perhaps more so.

Robert Hopkins only joined the Quantum crew at the end of the season for the World Championships when he took Ian Moore's place as navigator. He was struck by how disciplined the use of language was on board the boat. "Everyone is very focused about what the words are and what they mean and who says them and when." It's all part of a process of trying to calibrate the use of language and communication as much as they would calibrate technical aspects of the boat such as sheeting angles, runner loads, and so forth. 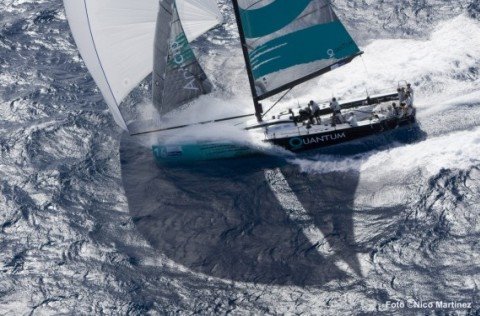