Azzurra strategist Tom Burnham looks back at a classic - and controversial - day's match racing at the Louis Vuitton Trophy in Nice.

It was windy - at last - and it produced some vintage match racing.

Emirates Team New Zealand just crossed ahead of surprise Russian package Synergy in a nailbiting light-wind race at the beginning of the day. At the end of the day, when the wind had picked up, Synergy stuck a penalty on the Kiwis, forcing Dean Barker into some daring defensive tactics. It resulted in a bizarre finale - and a collision that led to a late-night protest hearing.

BMW Oracle Racing was given harsh treatment for tacking in the water of All4One, resulting in a red-flag penalty.

Tom Burnham is also put on the spot about his views on the controversial Thierry Henry hand-ball incident in the recent World Cup qualifier against Ireland in the football. 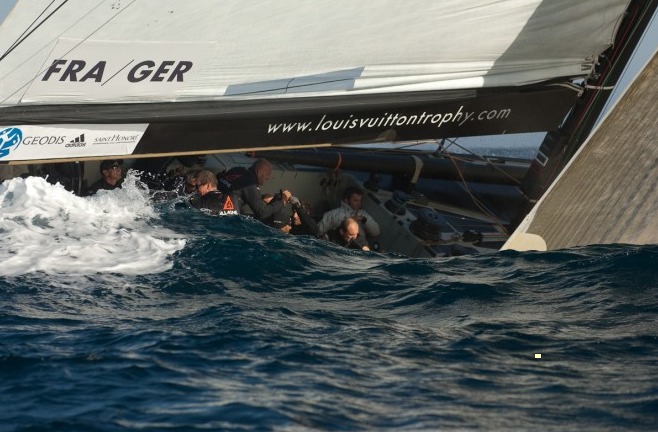 
Make sure you've signed up to our FREE NEWSLETTER where we bring you exclusive interviews with the world's greatest sailors...